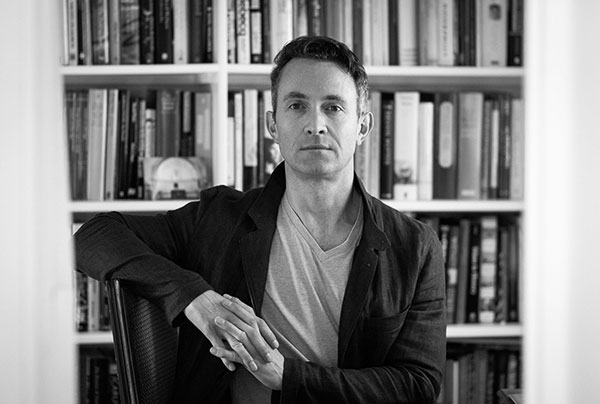 Douglas Murray is an author and journalist based in Britain.

His latest publication, The Madness of Crowds was a bestseller and ‘book of the year’ for The Times and The Sunday Times.

His previous book, The Strange Death of Europe: Immigration, Identity, Islam, was published by Bloomsbury in May 2017. It spent almost 20 weeks on The Sunday Times bestseller list and was a Number 1 bestseller in non-fiction. It has subsequently been published in more than 20 languages worldwide and has been read and cited by politicians around the world. The Evening Standard described it as ‘By far the most compelling political book of the year.’ It was praised by, among others, Nick Cohen, Sir Roger Scruton, Clive James, Morrissey and Rabbi (Lord) Jonathan Sacks, who described it as ‘The most disturbing political book I’ve read this year. Based on travels through key European centres, Murray weaves a tale of uncontrolled immigration, failed multiculturalism, systemic self-doubt, cultural suicide and disingenuous political leadership. Accurate, insightful and devastating.’

Murray has been a contributor to The Spectator since 2000 and has been Associate Editor at the magazine since 2012. He has also written regularly for numerous other outlets including The Wall Street Journal, The Times, The Sunday Times, The Sun, The Evening Standard and The New Criterion. He is a regular contributor to National Review and has been a columnist for Standpoint magazine since its founding.

Born in 1979 his first book came out in 2000 while he was an undergraduate at Oxford. Since then he has published three more full-length books – on politics, history and current affairs – as well as shorter works on free speech and defence.

In 2007 he founded the Centre for Social Cohesion (CSC), the first think-tank in Britain to study extremism and terrorism. The CSC subsequently became part of the Henry Jackson Society, where Murray held the position of Associate Director from 2011 to 2018.

A prolific debater, Murray has spoken on a variety of prominent platforms, including at the British and European Parliaments and the White House. His opponents have included Tariq Ramadan, Julian Assange, Rowan Williams and Anjem Choudary. He appears often on the top political debate programmes, including the BBC’s Newsnight, Daily Politics, This Week and Question Time. He has appeared on some of the most listened-to podcasts including Joe Rogan’s and ‘Waking Up’ with Sam Harris.

His first book Bosie: A biography of Lord Alfred Douglas (2000) was praised by Humphrey Carpenter in The Sunday Times as ‘One of the most impressive biographical debuts for some time. It comes across as entirely fresh.’ The book became a bestseller. The Sunday Telegraph described it as ‘A precocious feat by almost any standards… An excellent piece of work, intelligent and well-rounded. Douglas Murray is a remarkable young writer.’ The work won the 2001 Lambda award for gay biography.

In 2005 Murray published Neoconservatism, a history and defence of neoconservative thought. Reviewing the book in Asharq al-Awsat, Amir Taheri wrote ‘Whether one agrees with him or not Murray has made a valuable contribution to the global battle of ideas.’ On publication of the US edition (2006) Christopher Hitchens wrote of his review of Murray’s ‘masterly’ first book and his own review of it in the New York Review of Books: ‘There are not many occasions when a grizzled hack like myself can mark the emergence of a fresh new author who bears watching, but this was indubitably one of them.’ In praising Murray’s Neoconservatism book Hitchens noted that ‘It is highly encouraging to find someone youthful, defiant and principled who can both write and think at the same time.’

In 2011 Murray published a book on Lord Saville’s inquiry into the events of Bloody Sunday in January 1972. The inquiry was the longest and costliest inquiry in British legal history. Murray sat through much of the evidence given over years in London and Londonderry (Derry). His resulting book was not just an account of the inquiry, but an inquiry into the nature of truth and memory. Bloody Sunday: Truths, Lies and the Saville Inquiry was widely acclaimed on publication. The New Statesman described it as ‘compelling’, the Irish Independent described it as ‘riveting’ and ‘superb. In Literary Review the historian Lord (Paul) Bew praised ‘Douglas Murray’s brilliant and politically sophisticated book’ as ‘an indispensable guide.’ The book led to Murray being jointly awarded the Christopher Ewart-Biggs memorial prize for promoting peace and understanding.